I.Vortex is one of those rock bands that can’t easily be categorized stylistically – that’s what makes them so fascinating.

The 5-man-combo from Germany moves in the range of hard rock to metal and impresses with catchy, but at the same time multi-layered original compositions. In June 2021 the band will release their first album “Dark Words”, which is the essence of their musical work to date. Since 2014 I.Vortex has been playing in the current line-up.

Mastermind and thus central songwriter is guitarist Axel Schick. His style was mainly influenced by US metal greats like George Lynch (Dokken), Mark Tremonti or progressive metal guitarist John Petrucci. An influence that can not be ignored when listening to I.Vortex and which brings the basic sound of the band closer to that of Alter Bridge, not without coincidence. I.Vortex’s trademark is a mostly fast tempo, lots of theme changes as well as highly demanding song structures that sound easy and catchy. The songs demand a high level of skill, concentration and precision from each band member. Thankfully, the musicians resist the temptation to fall into technical, self-indulgent banter. On the contrary: they are very present on stage, play with a lot of fun and their own handwriting just for their audience instead of for themselves. I.Vortex keeps this promise at every concert.

The basis is the musicians’ nearly two decades of experience. The combination of skill, experience and joy of creating music is what makes I.Vortex an exciting live act. Tim Schlattmann, who traded in his drumsticks for the mic in 2014 after 15 years, quickly proved to be an enrichment with his distinctive, versatile voice. Bass player Michael Großeschallau joined the band, which was founded in 2011, in 2013 and has since provided the rhythmic-dynamic drive in conjunction with drummer Heiner Wulfhorst. The same applies to the second guitar player Sven Swiniartzki, who has been playing together with Axel Schick for what feels like a lifetime. By producing an album on their own, the band has gotten even closer and reached a new professional level, which will be the standard for the next live shows.

printed on one side
120g poster paper Blueback 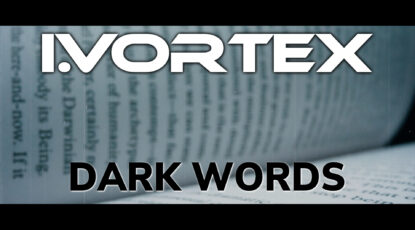 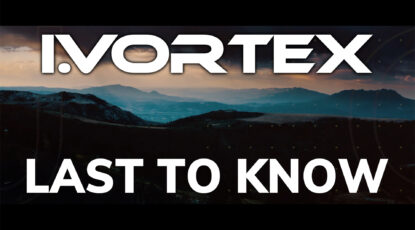